The September program of Fuorisalone

The new edition of Fuorisalone, on air from September 4 to 10, will take place under the patronage of the City of Milan during Milan Design Week and on the occasion of the Salone del Mobile, which has confirmed architect Stefano Boeri as its special curator.

The appointment, with the support of Banca Sella, Hyundai, Xiaomi and Rado, is part of the programme started last April with Fuorisalone Digital Edition and will explore the theme "Forms of Living", trying to take a view on the questions that inspire the future of the furniture and design sectors.

All this happens in the light of the pandemic that has characterized last year, in a scenario that has changed our lifestyles, from work to sociality, two dimensions that have impacted on living and urban spaces, with a consequential rethinking. It will be an opportunity to explore the themes of design, art, architecture and anthropology, with particular attention to the themes of circular design, sustainability and wellbeing.

Fuorisalone Design Guide will continue to be an important part of a more articulated system active throughout the year thanks to an editorial plan distributed on several channels: website, magazine, TV, Meets and Osservatorio, the new section of the website dedicated to in-depth analysis on the furniture and design industry.

If you are interested in joining us, find out how to participate. On the other hand, if you want to submit an event in the Design Guide, you can register here and post it. It's free!

The program of the September edition of Fuorisalone

Brera Design Week returns with a series of appointments, exhibitions, ideas and new products in the showroom. The September edition represents the restart for Milan and Italy, an edition that goes in the direction of inclusion and sharing. The streets of the district will be crossed by the historical tram K35, revisited for the occasion by the architect Michele Perlini in collaboration with Lapitec.

Superstudio Group proposes a double appointment in the spaces of Superstudio, in via Tortona 27, and Superstudio Maxi, the new technological and sustainable exhibition space just completed in via Moncucco 35, where a big exhibition-event will take place. Superstudio's new project is called r/evolution: it will be more like an art exhibition than a fair, with leading names such as Giulio Cappellini, Silvana Annicchiarico, Fulvia Ramogida and others.

Alcova, the format conceived by Joseph Grima and Valentina Ciuffi, has chosen the new destination where emerging designers, artists, galleries and institutions will meet in September. It is a former military area in the Inganni district, now inactive since the late nineties.

Design Variations, the choral exhibition curated by MoscaPartners returns to the spaces of Palazzo Litta in Corso Magenta at 24. The Cortile d'Onore of the historic Milanese building will be reinterpreted by architects Manuel and Francisco Aires Mateus of the Aires Mateus studio with the project Una spiaggia nel Barocco.

Alpha District, born in 2020 in the former Alfa Romeo area in the Portello area on a project by FORO Studio, proposes a palimpsest of exhibitions and open-air installations that will involve companies, designers, artists and design insiders. Among the others, Hysteria stands out, a project promoted by The Zen Agency and Magic America that will involve a group of creatives invited to think about the theme of women.

DOS, the first widespread district of design, from this year becomes an innovative start-up and introduces ID: all the Design Identities. It is a widespread exhibition that will allow to &quot;see the invisible&quot;, combining classic exhibitions with Augmented Reality (AR) experiences. 28 large blue squares, the Activator Pixels will be located in the main areas of the city. Scanning the QRcode with their smartphone, users will be able to access different AR experiences. There will also be several physical locations: nhow milano, Combo Milano, Ride, Milan Icons. The objects presented there, thanks to AR will be able to be visualized on smartphones, overlaying the surrounding environment. They can also be saved, shared and repositioned elsewhere, thus generating a new exhibition level. 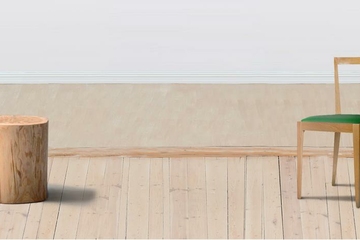 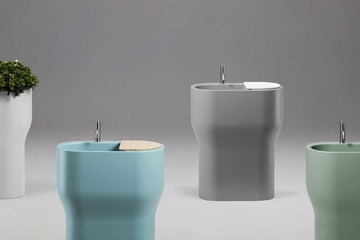 Lineabeta by Samo presents some special hand sanitation points for public use: the new Fóra indoor/outdoor wash basins designed by JoeVelluto and made of post-consumer material deriving from urban waste. 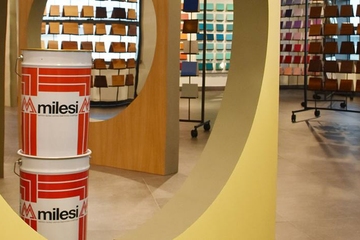 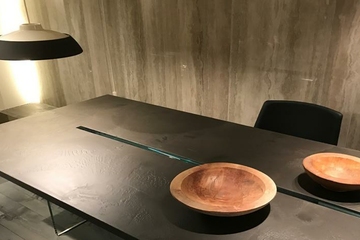 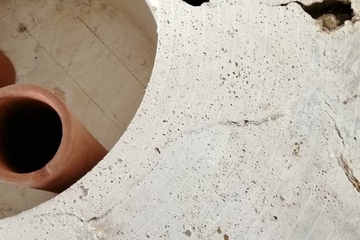 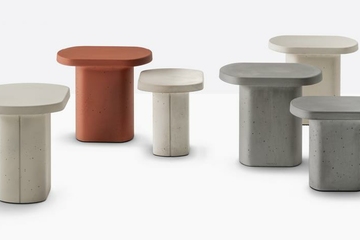 The Italian company establishes a new partnership for supersalone 2021. 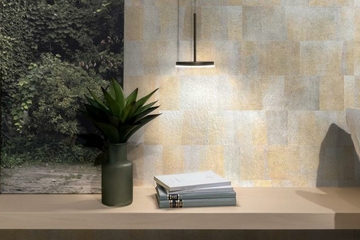 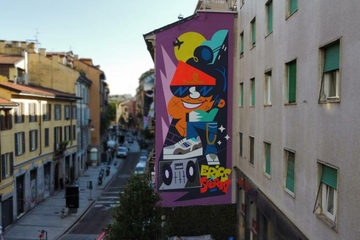 After many months of lockdowns and in celebration of the 30th anniversary of the iconic Shadow 6000, the American heritage sneaker brand Saucony Originals commissions a wall mural to kick off Milan Design Week and bringing energy and positive vibes to the city on its reopening. 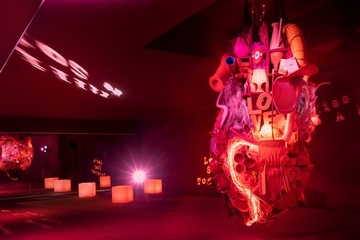 The temporary installation JUNG LOVES "Exhibition of Things" at Fuorisalone 2021 will allow visitors to experience the heartbeat of JUNG, from September 5-10, 2021. 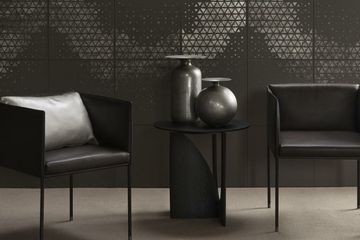 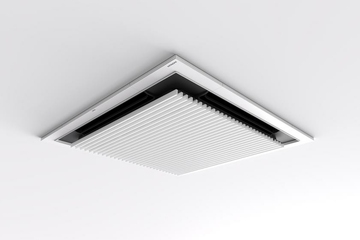 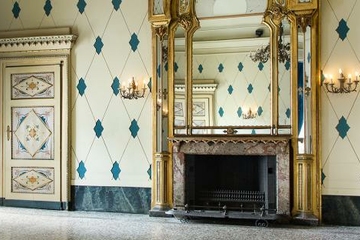